The Bishop’s Palace celebrates a very signficant birthday in 2020 as it celebrates 800 years since the beginning of the building’s construction.

In 1206 Bishop Jocelyn moved the home of the Bishop of Bath and Glastonbury to Wells and in 1207 was granted land by King John to the South of the Cathedral for a deer park and new palace.

As Jocelyn was occupied by matters of state, went into exile until 1213, and was then embroiled in the first Baron’s Revolt until 1217, the construction of his new Palace is likely to have begun in 1220. 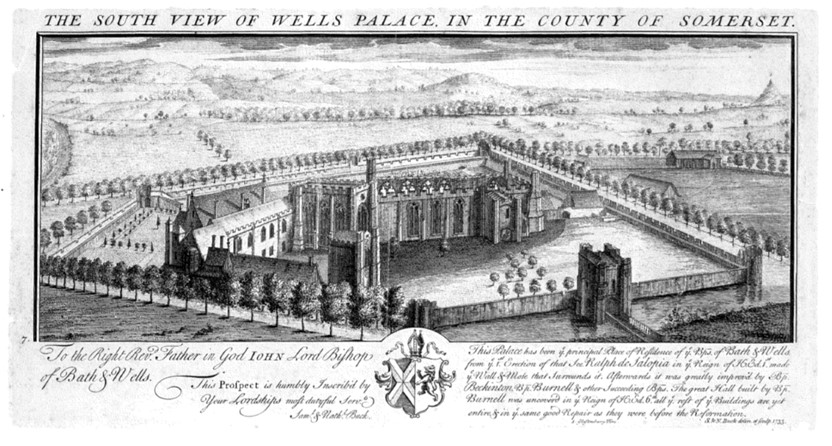 To celebrate the 800th anniversary of the Palace, The Palace Trust is planning a  programme of celebratory community events to take place throughout 2020.

Plans so far include:

The Palace 800 events will take place alongside the normal calendar of Palace Flagship events, such as the Garden Festival and Christmas at the Palace.

Further details will appear on the Palace website in early 2020.

January in the Palace Gardens

Head Gardener James Cross updates us on the Gardens in January, and those all-important winter garden jobs!

An Interview with Storyteller Beth Webb

Ahead of the upcoming storytelling event ‘Beloved - Tales of Love Gone Right’ here at The Bishop’s Palace on 14th February, we put a few questions to storyteller Beth Webb.

Staff Recollections in the Time of Bishop Wynne Willson

Times past: Recollections of Palace staff in the early 20th century, taken from the Palace archives

From Thursday 23rd-Sunday 26th January inclusive, and on Friday 31st January, the Palace building will be closed, and the Palace Gardens and Cafe will be open.

Our “Snowdrop Celebrations” are set to return in 2020, but this year, will run for three consecutive weekends.

In February 2020, why not enjoy a different Valentine’s night experience, with an evening of luscious stories and heart-warming songs with storyteller Beth Webb and singer-songwriter, Dora Darling

This February Half Term, the family activities will be based around a “Nature” theme, with a children’s flower-themed trail running throughout the holiday week.

Join us for the first ‘Nature Ninjas’ session of 2020 to decorate wooden wreaths, and copy flowers and foliage from the garden.

Are you a keen gardener or horticultural enthusiast? If so, you’ll want to head down to The Bishop’s Palace in Wells on Sunday 22nd March for the perfect opportunity to find rare and unusual plants.

On 25th March 2020 at 1pm, The Bishop’s Palace is delighted to be hosting the incredible talents of the Wells Cathedral School Junior String Ensemble for a lunchtime recital.

Straight from the stage of London’s West End, via the legendary Sydney Opera House, the international sensation “Faulty Towers – The Dining Experience” is coming to The Bishop’s Palace in Wells in March 2020.

In April 2020, join The Bishop’s Palace for a fabulous outdoor screening of the classic 1978 film ‘Grease’ in its sing-along version.